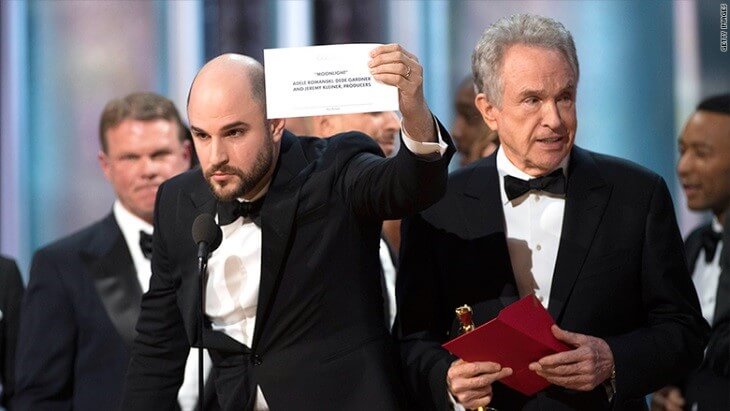 A hiring lesson for each achievement!

The Hiring Lesson: Not to disrespect Meryl Streep, who I believe to be the greatest actress of my lifetime, reputation and simple statistics can be misleading. Look beyond the presented figures; what lies beneath may tell a different story.

The Hiring Lesson: Sometimes true success comes from doing the simple and basic things, but doing them well. For example: for a salesperson, it might be about having a structured process for pipeline building, knowing how many calls to make or meetings to arrange and executing it properly.

In only his third movie (and his second won J K Simmons an Oscar!), at the age of 32 Damien Chazelle became the youngest Oscar winning Director.

The Hiring Lesson: Experience is valuable, but never discount brilliance when it comes in a very young package. In the last twelve months I have placed three people whom I would put amongst the best salespeople I have ever interviewed. Fantastic track records, great sales execution, energy, hunger and enthusiasm to spare… all three under 32. Some of my clients were reluctant to hire them, citing a ‘lack of experience’ which is certainly true; they each had fewer than the required amount. However, each were subsequently placed with forward thinking, open-minded organizations and have each gone on to be very successful with their new employers. Look out for the Damien Chazelles amongst your applicants. They will win you an Oscar!

Despite there being another great song from La La Land also nominated (The Fools Who Dream), the La La Land vote wasn’t split and the Oscar went to the movie’s signature song ‘City of Stars’.

The Hiring Lesson: If you have two possible positions for a great candidate, be open-minded about which role might be a better fit.

Probably the biggest and most public mistake since “Dewey Defeats Truman” in 1948 – or Steve Harvey giving Miss Universe to Miss Colombia – the world watched as La La Land was crowned Best Picture winner until the true winner, Moonlight, was revealed. It didn’t matter that two billion people saw their success, La La Land had success cruelly snatched away when the correct result was announced. At the Academy Awards, unless its written on the card, it doesn’t matter what you are told; the facts in hand will always beat one person’s opinion, regardless of how much you want to believe them… even if it is Warren Beatty.

The Hiring Lesson: You might want to believe your chosen applicant will accept the position. He may really want the job; but until you have a signed accepted offer of employment in-hand, don’t assume it’s a done deal. And the more public you have celebrated, the more chastening it will be to hear that your prize is going elsewhere. And there is nothing more painful than that… just ask Jordan Horowitz.

What lessons could you learn from Hollywood’s biggest night? Comments welcome!

Or if you simply enjoyed this article, check out our blog for more fun content!