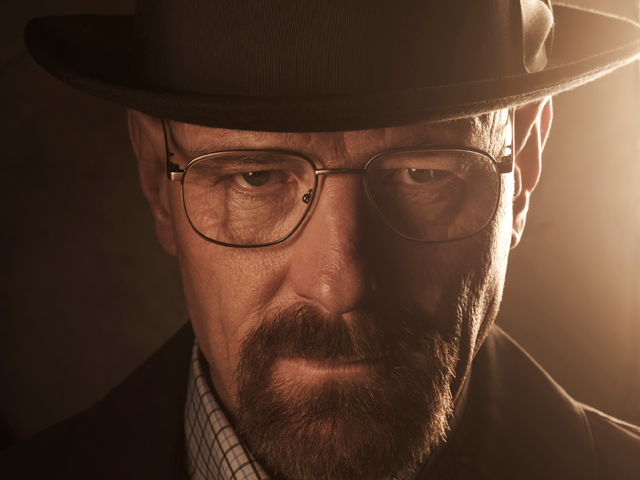 Building a business from scratch? Identifying a market need and fulfilling it? Managing both production and distribution? Dominating the market by eliminating the competition? What’s not to like about New Mexico’s favorite chemistry teacher turned meth kingpin?

Okay – you have to look past the drug deals, the murders, the intimidation and the general disregard for the law. But hey – he’s just trying to do what’s best for his family… right?

Seriously – Heisenberg might have been one of TV’s best bad-asses, but his development of Jessie Pinkman from a directionless loser to a valuable member of the team, the way he protected him from Gus (mindful of a good regional director protecting his team from ‘head office’) and established a clear direction for their ‘business’ and relentlessly pursued it are lessons any strong leader could learn!

A less controversial choice. What could be a more inspirational example of leadership than the greatest President in the fictional history of the United States? In particular, he epitomizes the trait of treating each of his team differently, bringing out the best in each of them in different ways. He challenges Toby on an emotional level, demands better from Sam, gives Josh impossible tasks, makes sure CJ knows how much he needs her and treats Leo like an equal… all at the same time.

If leadership requires inspiring those who report to you to exceed their own perceived limitations, Jed Bartlett is a fantastic example. He knows what each person requires and gives them exactly that!

Baldly going where no one has gone before, the English accented French captain of the Federation’s flagship appeared on our screens more times than any other (including movies, 184 times to Captain Kirk’s 86, Captain Janeaway’s 172 and Captain Archer’s 98), running a diverse team of engineers, navigators, scientists and officers. Picard’s no-nonsense approach towards leadership might not have the ‘arm round the shoulder’ warmth and fuzziness of the corporate world, but his team were under no illusion as to what their Captain demanded of them. He listened to their opinions when appropriate, heard their objections, but ultimately there was only one opinion that mattered – his. Let’s be honest. When a Borg Cube is hurtling towards the alpha quadrant and you are the only thing stopping it reaching Federation Space, consensus based decision making isn’t really an option!

Why is it that some of fiction’s best leaders are the bad guys? Tony Soprano might not have had a Harvard education, might have broken a law or two and might not exactly have had the most centered moral compass, but he was first and foremost a businessman and running a local franchise of a national brand. Even if that brand was the Mafia! He was able to be a friend and a boss, to have fun with his team and yet maintain discipline (maybe a little too brutally for the Corporate, law abiding world!) all of which made his team of lieutenants both loyal and hard working. Of course the threat of ending up at the Hackensack River probably helped as well!

Don’t be put off by the fact that Phineas is a cartoon character. Or that your kids are more likely to know who he is than you are. Phineas and Ferb is a rare example of a kids’ cartoon with as many jokes and themes aimed at the adults who happen to be in the room while the kids are watching.

Together with his mostly silent step-brother Ferb, Phineas spends each day of the summer vacation embarking on an ultra-ambitious project (such as becoming a one-hit wonder, building a time machine, a theme park in their back yard) and, utilizing the help of his friends, always completes his task, despite adults asking ‘Aren’t you rather young to be doing this?” (To which he replies “Yes, yes I am”). Phineas is able to achieve the impossible by playing to his strengths. A few of which are his salesmanship, negotiations – and allowing others to play to theirs. Ferb is the technical wizard, and Baljeet is the computer nerd. Isabella calls upon an army of Girl Scouts (or ‘Fireside Girls’) to help out where needed. It is through Phineas delegating specific responsibilities based on the individual’s skills that his team is able to consistently perform ahead of expectations. A good bonus to watching him lead his friends is getting to listen to their opening theme song which I think is a bop.

Did I miss your favorite? Which TV character do you glean inspiration from? Feel free to comment below!

If you want to know and learn more about leadership styles, here’s another article you can check!