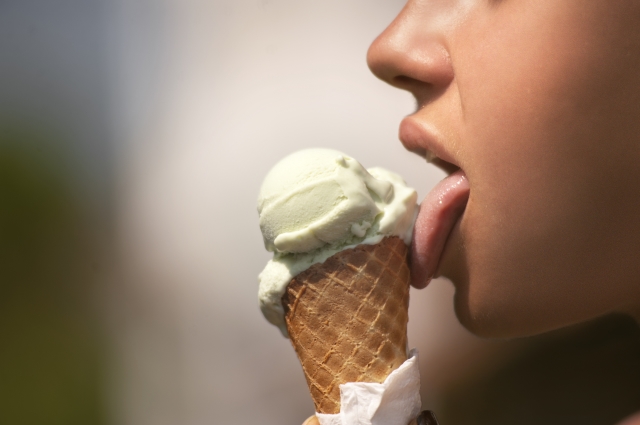 As Leo McGarry, Chief of Staff the West Wing observed about President Bartlett (for more of my musings on Josiah Bartlett’s management style click here); ‘he likes to be surrounded by smart people who disagree with him’. I am lucky enough to have many smart people in my circle with whom I disagree. However one with whom I find myself in frequent agreement is my good friend and colleague, Michael Huskey.

For those of you who don’t know Michael (and you should); he is one of the most inspirational business coaches around (and can be found here). He and I were discussing when a leader should be inclusive vs autocratic; when it is appropriate to welcome discussion and not, and when getting it wrong really can hurt organizational efficiency.

Like me, Michael is a family man. And he used the following brilliant (and probably true-life) story to illustrate his point:

It is time for dessert after they clear their plates. And there is a choice of flavors of ice cream on offer. At this point, allergies aside I can’t imagine any parent laying down the law on which flavor the child can select.

So, how does this apply to management?

There are functions that are core to the mission of the company that each individual in the business – whether directly or indirectly – delivers. This will differ varying on the business and the individual’s role. Suffice to say, it would be detrimental to the business if someone strayed too far from the core. It would seriously hurt a football team if the quarterback decided – in the middle of a game – to start playing basketball. It would be damaging to the team and the individual for that player’s manager to give any suggestion that they could reach a mutual compromise: “play football for the first half and basketball for the rest of the game”), regardless of how much they wanted to.

Similarly, there are aspects to each person’s role that have plenty of room for leeway. Depending on the culture of the company, this might include flexibility on working hours, working from home, the frequency of report submission, dress code… it could even be how the person arranges a desk. Or what devices can be used on the corporate network.  Of course, this will vary between companies and industries; the military, and heavily regulated industries such as banks will be unable to devolve much autonomous decision making to individual team members; where other sectors (the technology space for example), have much more latitude in this area. Google, for example, famously gave employees a percentage of their time to pursue their own ideas; a policy which gave birth to Google News, Google Maps and Gmail!

It would be very easy to alienate a team member by imposing unnecessary autocratic will. Dictating the way someone should lay out their desk, or the color scheme of someone’s lunchbox. So it can be tempting – particularly in today’s enlightened, egalitarian world, to attempt to incorporate everyone’s input and make decisions based on consensus. But this often can be more damaging to the company that being too autocratic.

The best-run organizations are not the most egalitarian. Nor are they the most autocratic. The secret of strong leadership is knowing when to lay down the law and enforce your will on your team; ensure your footballers don’t suddenly play basketball; and when to give your team the latitude to be creative and autonomous. As with most things in life (and particularly if you are a high-wire act), it’s all about balance.

Remember: if you allow your employees to decide which flavor if ice cream they can have for dessert, they may just invent the next Google Maps… but if Tom Brady had started playing basketball halfway through the third quarter, the New England Patriots would not have won the Super Bowl!